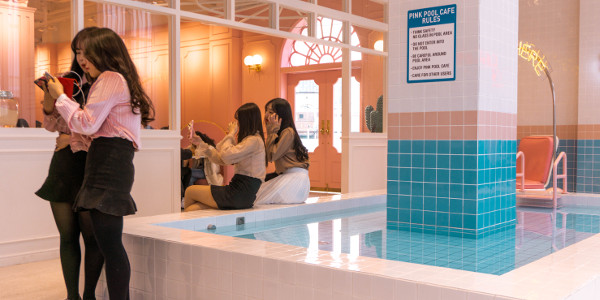 Doré Doré is a cute bakery which is known for its cakes. They bake those Pinterest-y kind of cakes that always look good on the Internet but turn out as total disasters when you try to make them yourself. Doré Doré knows how to bake those cakes. Their assortment changes from time to time and we hoped that they had the Kitkat & M&Ms cake, but they didn’t unfortunately. They did have the rainbow cake which was our other favorite. We ordered a piece and two coffees. That one piece was quite a lot of cake. After shooting the cake, we spent an hour finishing it, but it was actually very good. Too bad we were so full that we couldn’t really try anything else. The interior of the café was cute with lots of pink and orange tones. 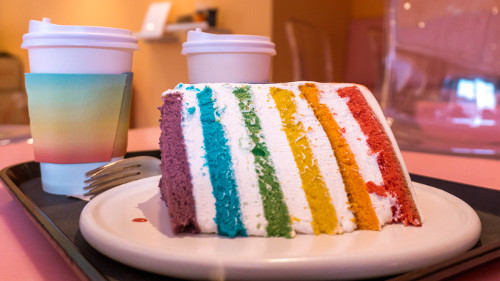 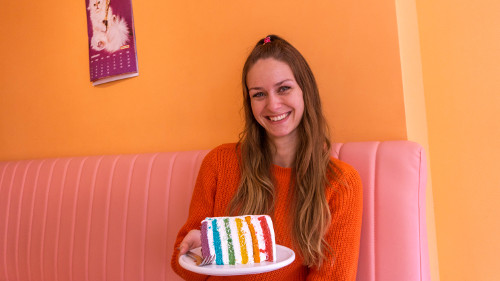 After eating cake at Doré Doré, we walked to Mr. Holmes Bakehouse, which is only a few minutes away. Mr. Holmes is a famous bakery located in Los Angeles, San Francisco and of course in Seoul. We had to check out their famous cruffins and of course the “I got baked” neon sign. We ordered a coffee, a tea and a praline cruffin. The cruffin was delicious but the filling was so heavy on our stomachs, we were happy we ordered just one to share. Of course, we had to do a quick photoshoot at the “I got baked in Seoul sign”. When we visited the Bakehouse it wasn’t crowded at all, but we read that sometimes there’s a pretty long line outside.

While writing this post, we noticed that the Seoul branch of Mr. Holmes Bakehouse is stated as permanently closed on Google Maps. That is such a pity and we hope another store will open soon! 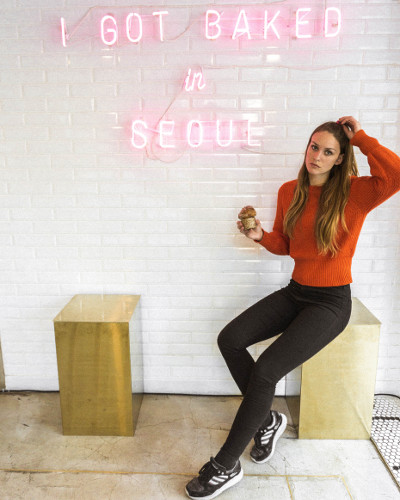 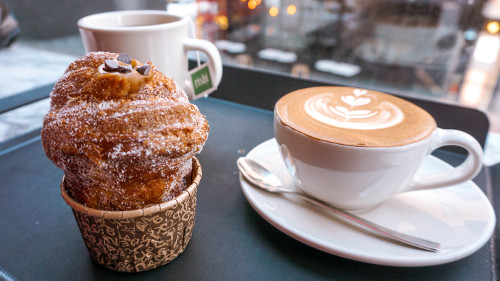 This place is Instagram paradise! The Pinkpoolcafé is located on the top floor of the Stylenanda clothing store. When we got there, the place was filled with girls taking photos. The entire interior is pink and very girly and there is an actual pool, although you’re not allowed to go in. The food is definitely Insta-worthy too. We went for a snow mountain cake which they served with some kind of steam, a red berry shake, and a cappuccino and chocolate croissant to still Joop’s thirst and hunger. We spent more than an hour at the café taking every possible shot we could. There is another Pink Hotel café at the other Stylenanda store in Seoul (Stylenanda Pink Hotel – 3CE), but judging from the photos of both places, we decided to go to the Pinkpoolcafé. 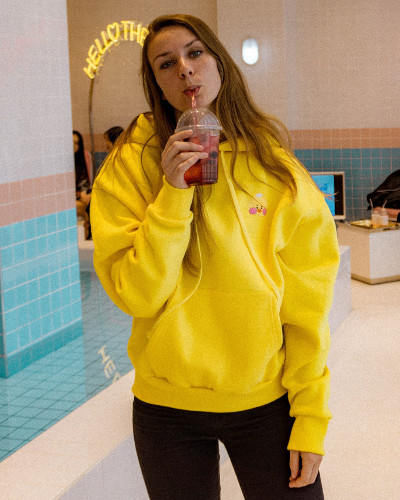 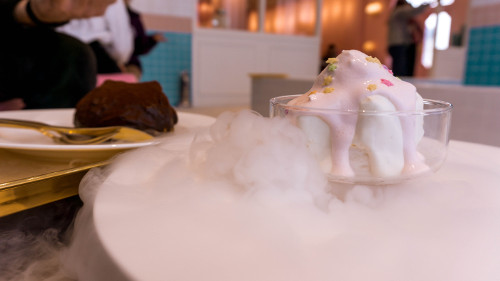 The Stylenanda store itself is perfect for shopping too. Across the street there is another store called Chuu with very nice clothes! 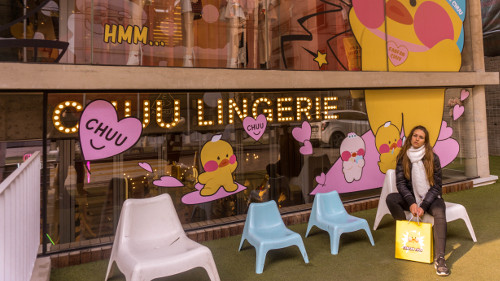 We weren’t able to visit all of the amazing themed cafés Seoul has to offer, but we’d like to share a few cafés with you that are still on our list. We will definitely make sure to go to these cafés during our next visit in Seoul, these cafés are just too cool to miss!

The highest one on the list is absolutely 943 Kings Cross. The café is completely in Harry Potter style and as huge fans, we just have to go there. Unfortunately, the café didn’t existed yet when we were in Seoul, otherwise we would have gone straight to this café upon arrival in Seoul!

The café has six floors, all completely in Harry Potter Style. Outside you can even find the trolley that smashes into the wall on platform 9 3/4 at King’s Cross Station, so cool (and a perfect photo spot, if you don’t already have a million photos of this from your visit to London and the Warner Bros Studios…)! But what really struck our attention is that they’re selling the birthday cake Hagrid gives to Harry in the very first movie. Just that makes it worth the visit for us!

Zapangi is one of those very cute and pink themed cafés. They sell the cutest cakes, donuts and ice creams and their entrance door is so cool! It’s such a shame we couldn’t make it on our visit to Seoul, but will make sure to go next time!

Arriate is both a flower shop and a café and it looks so beautiful. Obviously, the café is completely styled with flowers, even the ceiling is covered with flowers! It looks like this place is every girl’s dream, it at least looks a lot like Mika’s dreams, haha. They also have a flower wall, which is the prettiest ever. We really have to check this place out!

This café is completely designed in 2D and it looks so cool! Can believe it must feel so weird to be there, as it feels like you’re living in someone’s scratch book. We would love to experience this café in real life!

Urban Space has the coolest Instagrammable photo zones there are! It looks like their switching up some of the details of the photo zones over time, which makes it a place you want to go back to. Among others, there’s a big pool filled with balls and floaties, a rainbow swing and some kind of a glitter wall. It looks like a very cool place to hang around with your friends and take some photos!

This café offers something we’ve never seen before: cakes that look like pizzas, hot dogs and burgers. It actually looks kind of like the cakes are made out of Play-Doh, so funny. The interior looks very cute as well and they also serve cakes that don’t look like savory snacks (but they still look like they’re made of Play-Doh, haha). We would really love to try a pizza cake!

Would you like to check any of these cafés out? Let us know in the comments below!

The Pyeongchang Winter Olympics 2018: Our experiences