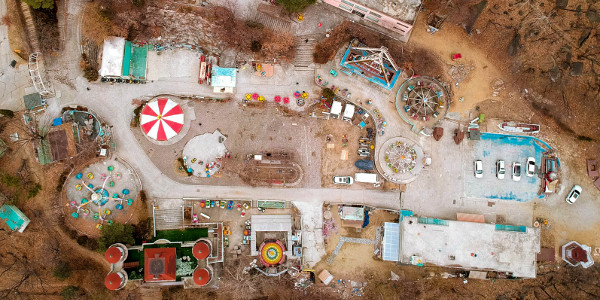 Just outside the city center of Seoul you’ll find Yongma Land, an actual abandoned theme park! The park is officially not open to the public, but the land owner will let you in if you pay KRW 10,000 per person.

The main reason for visiting Yongma Land is the abundance of unique photo opportunities. The rides don’t work of course, but you can do whatever you want to in the park as long as you don’t break anything (if it’s not already broken). You can climb on top of the rides, sit on the merry-go-round (which you can make go round by hand) and look for other photo spots. The style of the amusement park is a bit retro which is very cool. There were lots of props lying around like a broken shopping cart and sofas. It really is a photographer’s paradise! 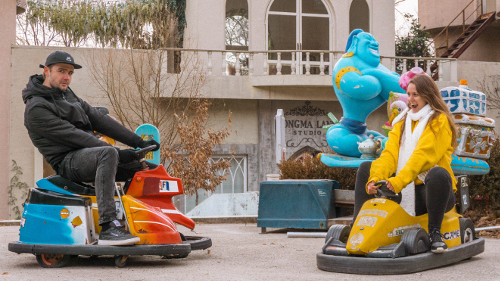 You probably won’t be the only one at the park. When we visited it wasn’t crowded but there were small groups of people around taking photos of each other. Some people say it feels a bit creepy to be there, but we didn’t feel like that at all. There is even a wedding photography business located at the park. Apparently, this is a popular spot to have your wedding photos taken. 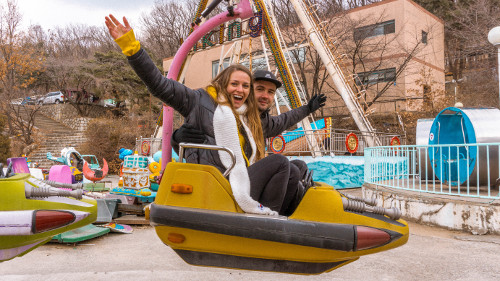 For us visiting this abandoned amusement park felt like a once in a lifetime opportunity. In the Netherlands (or probably anywhere else in Europe), you will never see anything like this, except for maybe in Pripyat (Chernobyl). If an amusement park is closed, it really is closed, and you have to break in if you want to enter the place. If you’re into photography and you’re in Seoul, it’s absolutely worth the trip to Yongma Land! 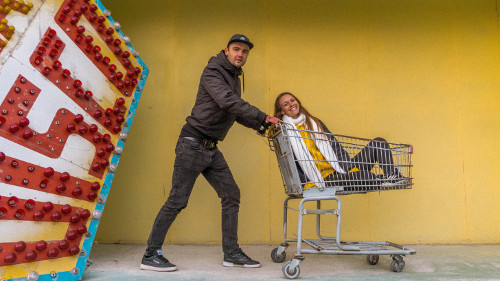 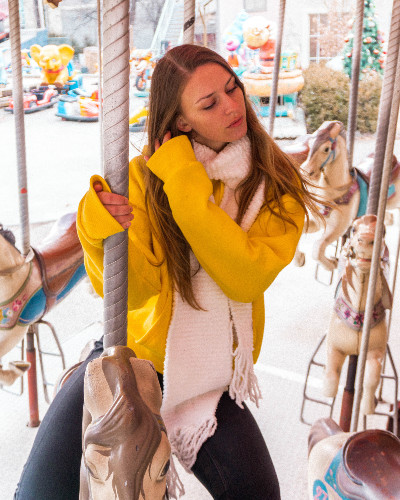 The area where Yongma Land is located, is easily reachable by public transport. However, you can’t get all the way to the entrance of the park by public transport, so you either have to walk or get a taxi. Depending on where you’re coming from, you can take the metro or the bus (or a combination of both). We came from the Yeouido Station and went solely by metro. We got out at Mangu Station and walked about half an hour from there to Yongma Land. The whole trip took us around 1.5 hours. We had some trouble finding the entrance at first, but this should be the correct spot. You have to walk uphill to reach the entrance. The fence is probably closed, but when you show up, someone will come to you. If not, there should be a piece of paper with a phone number that you can call. Once you paid entrance the fee, you’re free to roam around the park! 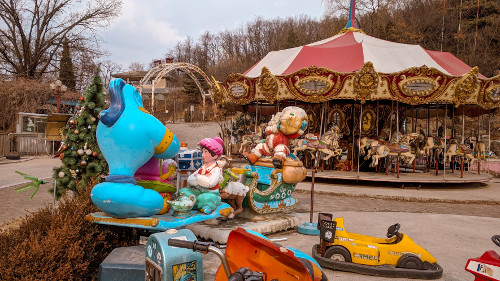 While we were in Korea, we used a combination of Google Maps and Naver (a Korean navigation app) to get around. Google Maps is accurate about public transport times, but often doesn’t give you any walking routes. Naver is very easy to use in English, and much like Google Maps.

Have you ever been to an abandoned theme park? Let us know in the comments below!

The Pyeongchang Winter Olympics 2018: Our experiences